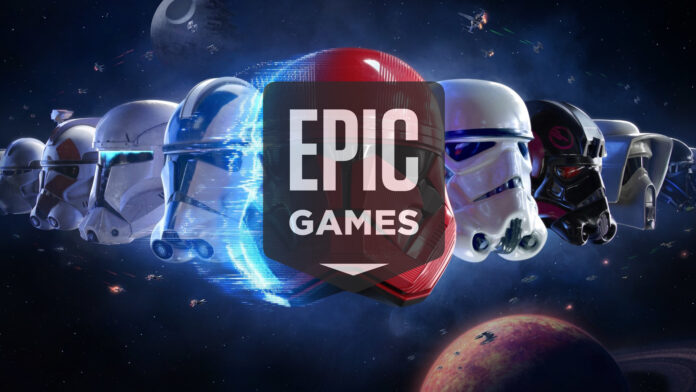 Epic Games is one of the world’s most well-known video game developers. They created a loyal audience with popular games like Fortnite and Gears of War. Epic is also known for being extremely supportive of its fanbase, providing game updates and fixes on a regular basis. If you like Epic, you’ve arrived at the right place. In this blog article, we’ll answer all of your Epic Games questions, from company history to how you can find free games or how to sign up. We will also take a look at their future plants. So sit back, relax, and let us tell you all about Epic.

What is Epic Games?

Epic Games, Inc. is a Cary, North Carolina-based video game and software developer, and publisher. Tim Sweeney established Potomac Computer Systems in 1991, initially based in his parents’ home in Potomac, Maryland. In early 1992, after the release of his first commercial video game, ZZT (1991), the company was renamed Epic MegaGames, Inc. Mark Rein was appointed vice president. The studio’s name was changed to Epic Games after it relocated to Cary in 1999.

Today, Epic has established itself as one of the leading lights in the gaming industry, thanks to its substantial collection of blockbuster games.

Simply go to EpicGames.com and hit the sign-up button in the top right corner. Fill out the form that appears, and you are good to go. It’s free, but you get some benefits every now or then.

What is the objective of Epic Games?

Epic provides an end-to-end digital ecosystem for developers and makers to create, publish, and run games and other content through Unreal Engine, Games Store, and Epic Online Services.

No, but the Epic Store is a prominent competitor of Steam, one of its defining features is the weekly announcement of a free game. That’s right, you can add a new game to your collection for free every week. And these aren’t just small games; Epic has also given away GTA 5, Football Manager 2020, and games like Borderlands 3. Check the epic store frequently if you want to score a free game for your collection.

Why does Epic provide free games?

Simply put, it’s an excellent marketing technique. There are several online video game stores, with Steam being one of the most popular. To compete with them, the Epic Games Store offers out free games every week, something even major game retailers don’t do – or at least not as regularly.

Is Epic similar to Steam?

If you look at the original pricing for titles on Steam and Epic Games Store, you’ll notice they’re the same. The difference, though, is in the discount. Occasionally, a customer buys a specific title for a lower price in one of both stores. However, without value, both stores sell the same games at the same price.

How do Epic make profits?

Epic way of earning not only game money from its blockbuster battle royale game Fortnite but also engine revenue from game licensing and copyrights, as well as Unreal Engine assets available on the creator’s marketplace.

Is it possible to play Epic Games on Steam?

Epic and Steam cross-play appear to have solved one of the most serious problems for PC multiplayer games. Because of new developer cross-compatibility features that allow for freedom across multiple launchers.

Epic is a reliable firm with a significant amount of money. They need to wow the public with their dependability and desire to help to compete with their most potent and more established opponent, Steam.

Is Unreal Engine and Epic Games the same thing?

Epic created the Unreal Engine, which powers Fortnite and their other gming titles like Unreal, Gears of War, and Infinity Blade. Guinness World Records declared Unreal Engine the “most successful videogame engine” in 2014. Unreal Engine 5 is Epic’s most recent gaming engine, unlike anything the world has ever seen.

What else does Epic have to offer other than games?

Besides games, epic has the following products to offer its fanbase and game enthusiasts.

Epic is the publisher of many successful video game engines. Both engines have a wide range of features that can be customised to meet the needs of a programmer who does not want to start from scratch. Epic has developed five engines: Unreal Engine 1, Unreal Engine 2, Unreal Engine 3, Unreal Engine 4, and the amazing Unreal Engine 5. Epic also supports the Unreal marketplace, a digital marketplace where creators can offer Unreal assets to other developers.

Furthermore, Epic has aided filmmakers who have used the Unreal Engine to create virtual sets for movies such as The Mandalorian since 2019. It will be backing primary animated film production using Unreal, beginning with Gilgamesh with organizations Hook Up, DuermeVela, and FilmSharks.

On December 4, 2018, Epic announced its own Game Store, an open digital marketplace for games, which opened a few weeks later with The Game Awards 2018 presentation. The Epic Game Store plans to charge 12% and waive the 5% for titles built on the Unreal Engine in the hopes that the lower revenue-sharing agreements will attract creators. This is in contrast to Valve’s Steam storefront, which takes 30% of income (30/70 revenue-sharing deal) from the sale of a game.

One can find exclusive and other titles on the epic game store by various publishers like Rockstar, Activision, etc.

We hope this post has given you some helpful info about Epic. Whether you like the company’s video games or not, there’s no doubt that they’re one of the world’s most successful game developers. Epic is a big star in video game circles, having published many games that have received high marks from critics. And, with the recent release of Unreal Engine 5, it appears they will grow in popularity even more. Thanks for reading!