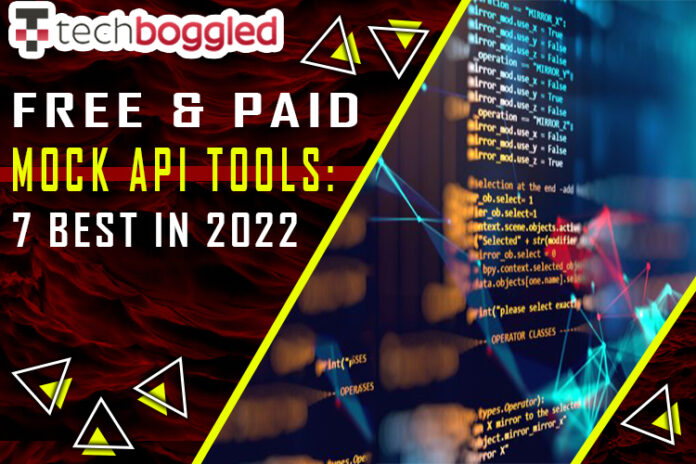 In the case of a mock API, this is known as creating an API that gives the desired results. There have been some simulations here, but this isn’t your real API.

The Mock API can help you and your team create more quickly in the development process.

Your request (headers, body, query params) and the information you get back (response) will have the same schema as the actual API (it will provide you with the identical data structure you may have in your entire API for the response of your request).

In either case, you can choose to run your fake server on a server rather than your own computer. You can also post them on the internet or in the company bulletin board.

Front-end and mobile developers frequently need a functioning API to begin the integration process. The team leader probably prefers that the front-end or mobile developers work simultaneously while the back-end developers are establishing and developing an API.

If the back-end developers aren’t ahead of the rest of the team, what will happen? The project would suffer if front-end and mobile developers were unable to contribute. Mock APIs have the following primary advantage:

It is possible for front-end and mobile developers to work on their projects while back-end engineers work on the API.

As a result of using mock APIs, it is easier to test data schemas. Early feedback from front-end and mobile developers can help back-end engineers.

Distracting the back-end developers from their job would be minimised if they were informed of potential concerns while they were still working on it. The existing API is their primary focus, and they understand its structure well enough to make necessary changes in a fraction of the time it would take to do so once the API has been built.

Beeceptor is one of the most user-friendly tools for generating fake APIs on the market today. You can submit a maximum of one request per day in the free version of Beeceptor, however subscription plans provide additional features including a private dashboard and the ability to make multiple requests per day.

Because it does not necessitate the use of code, Beeceptor has earned the reputation of being a user-friendly tool. HTTP traffic and requests’ payloads and headers can be examined. In the event that your API server is unavailable, you can provide your desired answer using a Mock API. Beeceptor comes pre-configured to work with CORS and accepts origins from any source.

Bypassing all of your APIs, inspecting their traffic, and then transmitting the rest to the original API are all possible with Beeceptor’s Proxy mode.

Beeceptor allows you to set higher latencies in order to mimic slower internet connections. In contrast to other fake API solutions, Beeceptor does not involve redeploying your application or significant configurations for A/B testing.

One of Postman’s numerous features is the ability to construct fake APIs.

You can learn more about how to use Postman API testing in our post on Postman API testing. They include a simulated server. An account with Postman is required for use of Mock Servers. You may also want to investigate church administration software.

Your mock APIs will run faster than ever before thanks to Stoplight. Your own JSON structure can be used for responses.

The Stoplight was created using Prism, a famous open-source application. It is now possible to transform any Open API 2 or 3 or Postman Collection file into an API server using mocking, transformation and validation. Fake Rest API endpoints can be created utilising a variety of http methods using Stoplight, as demonstrated in the screenshot above.

Using Stoplight’s free version, you may develop fake APIs and generate documentation. Collaborative API Design, the version control system included in the enterprise edition, can be used to create mock APIs for any number of projects.

UI/UX design in the form of Stoplight’s user-friendly interface is what we’re discussing today.

As a final bonus, GitHub, GitLab and Azure DevOps are all well-integrated, making it even more convenient and pleasurable to use.

Because Mocky is a web-based programme, it’s more smaller, cleaner, and easier to use. This app is also completely ad-free, with no restrictions or limitations whatsoever. Its GitHub account can be found here. In addition, look into endpoint security software.

The replies include CORS, JSONP and GZIP, and Mocky is fully compatible with Javascript, mobile or server apps. Since no account is required, you can begin mimicking APIs right away.

Mocky is a useful tool for quickly creating Mock APIs, and it may also be used in educational settings to teach students about mock API development. Enterprise applications with a large number of APIs and collections may not be the best fit for this technology.

If you like to work with free and open-source software, consider Mockoon. Your REST API mock APIs can be helped by using Mockoon.

You can use Mockoon to simulate an endless number of routes and environments, unlike the rest of this article’s list.

Enterprise and large-scale projects can benefit from using Mockoon, as it comes equipped with a robust set of capabilities for categorising projects. This is where Mockoon has a significant advantage over the other options.

In addition to its user-friendly GUI, Mockoon also includes a command-line interface (CLI) for those who prefer to work from the command line.. Using the CLI will save you a lot of time in the long run.

Mocki offers a free seven-day trial for new users. $10 a month gets you access to premium services including GitHub integration, limitless requests, enhanced customer service, and an API dashboard for tracking usage.

To get started with Mocki, install the NPM package and create a setup file for your project. You can also get started using Mocki’s website, which features thorough and easy-to-follow documentation.

Set the network delay, simulate response content, provide conditional responses, and even supply random data as a response are all possible features of Mocki.

Developing APIs, simulating problem scenarios, and serving static responses can all be handled by Mocki, so you don’t have to rely on third-party services anymore.

Using MockAPI is one of the simplest solutions you’ll find out there. Mocking up APIs, creating custom data, and performing actions across a RESTful interface are all made possible by this tool.

Prototyping, testing, and learning are some of the primary uses for MockAPI

There is a free version as well as a paid version (which costs $5 a month or $35 a year). As a free user, you can access only one project and four fictitious REST API endpoints. Commercial versions come with up to 50 fake REST API endpoints in each of 20 distinct projects. Verify logistics as well.

To quickly create and change resources and the relationships between them, MockAPI can help. Using MockAPI, you can also utilise the faker.js library to create fake data. In addition, you can collaborate with your team members by inviting them to join you.