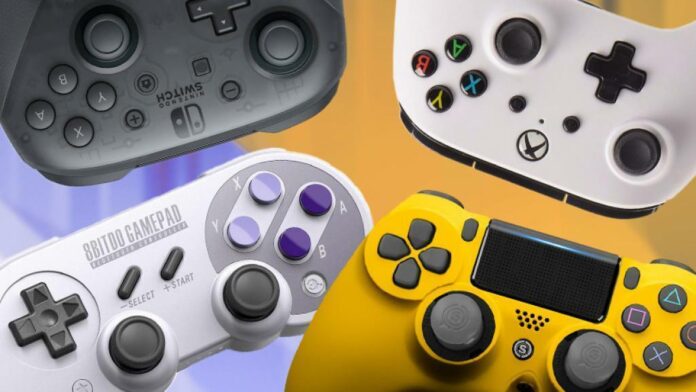 Let us show you the best games for smart tv without a gamepad now.

Certain Android software versions power smart TVs. These versions let you play a wide range of games without a gamepad. You can play games and interact with them by using the remote control.

The issue is that without a gamepad, you will be unable to play many games on Android TV, including racing, puzzle, and action-type games.

To find the top smart tv games without a gamepad required, we’ll look at what you can do with an Android TV remote.

So, without further ado, here are the best free Android TV games for your TV.

PAC-MAN is at the top of the list because it’s a classic arcade game from the ’90s.

Leveling up in this game is a piece of cake because to the simple game concept. To complete the task, we must collect all of the dots without being captured by any of the coloured ghosts that appear.

Each level introduces a new set of collected goods, making it increasingly harder to amass them at higher levels.

As soon as you’ve gotten the hang of it, you’ll be hooked. therefore it’s a great game for Smart Tv without a controller.

The good thing about this game is that it can be installed on any Android TV with the bare minimum of configuration on an Android smart TV to run it.

Another well-known android smartphone racing game is Asphalt 8, which comes in at number two on the list.

The majority of you have either played or heard of this game.

To make this game more pleasurable to play, it has been ported to android tv, which means you may now play it there as well.

The game experience is smooth, and the graphics are of good quality, so it’s fun to play on any Android TV.

I strongly advise you to give this game a shot on Android TV if you’ve never done so before.

Beach buggy racing is a fun racing game for the whole family to play on the large screen on a smart tv without a gamepad.

We get 15 entertaining racing tracks and up to 20 power-ups in this game, so it’s a blast to play.

I really like the fact that this game has a multiplayer component for Android smartphones.

So, you and your family and friends can have a blast playing this fantastic racing game on your Android TV.

That being said, I strongly suggest you play this fantastic arcade racing game on your Android smart TV if you haven’t already.

You may play the game with your family and friends on the same smart tv if you have an extra pair of controllers.

Orbia is the next game that you may play on your Android TV. This is one of the most popular games for Android devices because of how easy it is to download.

For those of you who haven’t tried this game on your smartphone yet, you can use the android tv remote to do so on your television.

We receive a mind-blowing gaming experience on the big screen with Arabia, thus our gameplay is more fun because of it.

As a result, I highly recommend giving this game a shot on your Android smart TV.

Minimalistic graphics are used here so that the game can be enjoyed by everybody. With a great selection of soundtracks, our gaming experience is enhanced. This game is perfect for relaxing while watching TV on your Android TV. This game benefits greatly from playing with headphones, so do so if you want the full gameplay experience.

Smash Road Wanted 2 follows as the next best smart android tv game without a gamepad.

Hey guys, one of the most popular android tv games requires us to stay alive in the wide world without getting caught by the authorities for as long as possible.

This game’s key selling point is its open-world design, which allows us to interact with a variety of environments.

You can begin swimming, for example, if you accidently fall into a lake while driving your automobile. High-quality graphics and a fluid gaming experience make for a pleasurable gaming experience. In this game, we are treated to a fantastic soundscape. The game can be played on any Android smart tv with ease thanks to the simple controls.

As a result, I urge that you give this game a shot on your Android smart TV if you have any lingering concerns about it not working on your device.

The primary goal of the game is to interact with various environments in order to survive as long as possible, which adds to the overall enjoyment.

Next up, there’s a game that’s no commute.

Guys, this is a tactical game in which avoiding obstacles is critical to achieving your objective in the least amount of time possible.

Another game in which we have to operate various vehicles is Does Not Commut.

Driving each automobile to its correct destination without colliding with another one is the game’s goal. High-quality graphics and a fluid gaming experience make for a pleasurable gaming experience.

Additionally, a fantastic soundtrack collection is provided for our enjoyment. The game can be played on any Android smart tv with ease thanks to the simple controls. There are no concerns or doubts regarding the game not being compatible with Android TV if you check out this great arcade racing game on your android smart-tv.

It sounds simple, doesn’t it? Nevertheless, this game is far from simple, as driving a car and figuring out the shortest way while staying inside the time limit are both challenging tasks. It’s a lot of work to get to your destination on time.

If you’re into shooting games, I recommend giving SkyForce Anniversary a shot.

The ability to fly in many surroundings is the game’s main draw.

It is possible to navigate the ocean without being detected, for example if you drive a boat.

If you’re piloting a plane or a helicopter, great distances are no problem. As a result, playing it on a big screen would be a tonne of fun. When we progress through the levels, we have the ability to upgrade and modify our weaponry, which adds variety to the battles.

Crossy Road, an arcade game popular on Android smartphones, has also been adapted to the big screen. Using your Android smart tv, you can now have fun with this addicting arcade game.

Let’s discuss about crossy roads, a simple but beloved game. The game’s principle is simple: to improve our score, we must collect coins while avoiding various obstacles.

This game can be used to pass the time while waiting for something else to happen. As a result, it’s one of the top Smart TV games.

There is one more game left, and that is Digger Dan. To advance to the next level in this arcade game, you must mine for jewels and gold.

As we progress through the game, collecting jewels and wealth gets increasingly challenging.

It’s imperative that we dodge the traps by carefully regulating the movement of our avatar. Otherwise, something bad could happen.

Even though this is a straightforward game at the outset, it quickly becomes engrossing and difficult to master.

To conclude, I propose that you give this game a shot using your Android smart TV remote control to see if you like it.

As you go through the levels, the game becomes increasingly compelling to play.