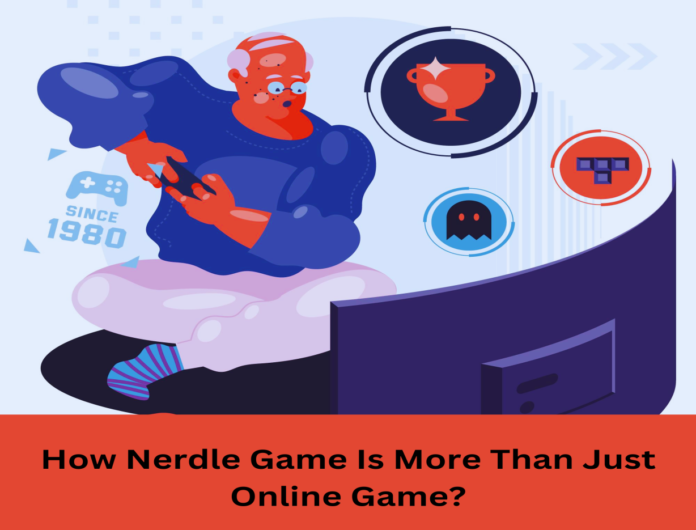 Nerdle is becoming increasingly famous. But, how is it more than just a game?

Nerdle is one of the most played games today. Whether on a website, Google plays, or App Store, everyone seems to be enjoying it.

The reason behind that isn’t because it’s an alternative to Wordle; instead, it’s a brain-exercisinggame. Today we’ll analyze how it’s more than just a game. So, let’s begin.

Nerdle game is an everyday math game that gives the player puzzles to solve. Taking after the name of a similar game called “Wordle,” the game gives you math equations instead of words to make up. Playing this game is much more difficult than Wordle.

However, if you have a basic math understanding, you can play it without any issues. The game offers three modes, which are as follows:

Now, as mentioned earlier, the game offers 6 attempts. It’s the same in every mode but in different types. For instance, the classic mode can be played up to ten times. However, the daily challenge can be attempted only once.

But, the key is in the colors. If you haven’t played the game before, then you need to remember that: 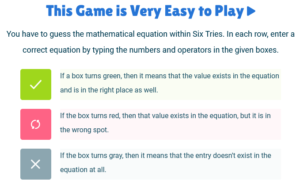 Therefore, you must pay attention to the color before you get started. This will allow you to play the game much more efficiently and help you understand its mechanics—regardless of the mode you play.

Things That Make It A Viable Alternative To Wordle

The thing about Wordle is that you have to guess words. And once a couple of letters are revealed, the game can be comparatively easier, albeit difficult. Nerdle, on the other hand, is something that thoroughly squeezes your brain.

Besides that, if you’re not good at math like a lot of people, this game is going to leave you speechless a time. To put it basically, it’s so simple it’s difficult. That’s the best way to explain this game, as it can help exercise your brain in many ways that Wordle can’t.

Why Nerdle Game More Than Just An Online Game

Now that we know the basics let’s talk about the reasons that make it more than just a game.

We all know that while brain games may not make you smarter, they do exercise your brain. Now, our brain being a muscle itself, it does require exercise. So, when it receives positive exercise, it gets muscular and, therefore, better.

Wordle is known to do the same to people, but Nerdle game offers something more. It teases your mind with various mathematical equations. As a result, it’s known to help many people with their brain function and helps them improve their mental health.

2.    It Exercises Your Decision-Making

Games are known to affect decision-making. For a game like Nerdle, you need to be able to make decisions quickly so you can avoid failing at it. This timeconstraint allows the players to make quick and remarkable decisions.

This reflects in real life too, when a player is in a grinder or terrible situation. That’s one of the main reasons doctors tell parents to get their kids puzzles at an early age. So, Nerdle game plays the same role for an adult who wishes to exercise their decision-making.

Lastly, nerdle game improves your brain’s cognition. In other words, it allows you to improve the ability to receive and deliver ideas and develop and recover information within your memory. This also proves how Nerdle is more than just a game.

These are some of the reasons Nerdle game is more than just an online game. It’s a viable brain exercise that can affect your abilities in real-life too. Therefore, play the game regularly and find out how it affects you.