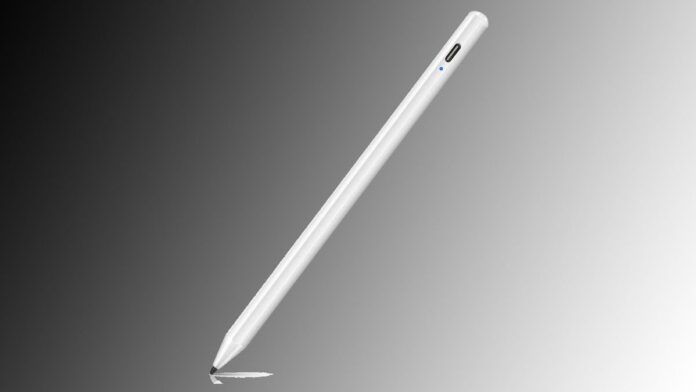 Well, an Apple Pencil is one handy perfect thing that goes well with iPad users. You as an iPad user can make most of this tab because if you are creative you can sketch, scribble, write and add footnotes with an Apple Pencil. There are three types of Apple Pencil, 1 and 2. Both were released to the public in the year 2015 and 2018 correspondingly. With an Apple Pencil, one doesn’t have to use their fingers to point or pinch on the iPad pads the work is done with the Pencil. In other fancy words, your soft fingers are swapped by a stylus called the Apple Pencil.

Apple Pencil works wonders for the folks who are creative and state-of-the-art with their job and its associated skills. So if you wish to or if you are determined to purchase an Apple Pencil for your iPad first take a look at our article. We are explaining the simple things that come with an Apple Pencil regarding price, how to charge both versions of iPhone and how long it takes to charge .

With Apple Pencil 2 there is strong magnetic radiation that retorts the Pencil to the side of the iPad without much hassle and charges wirelessly. Whereas for Apple Pencil you have to plus the Pencil into the tablet so you can see it is pretty difficult to charge or power-up. Though both are charged efficiently the process of charging is a little different for both and care must be taken not to overcharge.

Apple Pencil two exhibits a double-tap function. And by clicking at the lower portion of the stylus twice you can switch back to the previous Apps or tools that you had been using. Also with the double-tap in action, you can switch on the eraser while sketching or handwriting. And not to forget the double tap also activates the color palate so you can see how proactively this Pencil works. Everything is in hands while working. However, with the Apple Pencil, you can’t use this feature since the double tab action is not present within the stylus. Also the charging time of Apple Pencil one and two varies but not very much.

How to use an Apple Pencil

Once you have purchased an Apple Pencil according to your IPad model here are some guides you must see on how to use and charge the Apple Pencil.

Well as compare to headphones connecting an Apple Pencil is much easier as most of the work is done by the iPad itself and that too automatically. Make sure the Bluetooth of the iPad is connected because if not the Pencil stylus won’t work. To open the Bluetooth mode on go to setting or tug the control center down with your finger and tab at the Bluetooth option to switch it on.

You only have to tap and Apple Pencil 2 will automatically be connected to your iPad pro. It is as simple as it is written, for both Apple Pencil 1 and 2.

How to charge Apple Pencil

Once your stylus is connected or plugged into the iPad it will inform you how much battery is remaining. So this way you will have an idea about how much charging is to be done. And that’s how you charge an Apple Pencil.

How to Charge Apple Pencil 2

The Apple Pencil 2 is much easier to charge because it has a magnetic attachment to the side of the iPad and it charges wirelessly as mentioned above. This is much easier as compared to Apple Pencil charging since that required plugging into the lightning port.

How Long It Takes To Charge

Next question that pops up is how long it takes to charge Apple Pencil?

Whatever the charging method is it takes about 15 minutes for both the Pencils to get fully charged. However, if you are short of time in 15 seconds you can receive 30 minutes of exclusive charging.

If you are new to the gadgets or Apple Pencil you must first know some easy tactics and rules of using an Apple Pencil. With Apple, the Pencil doesn’t press it so hard over the iPad screen and be gentle because the iPad itself understands the amount of pressure your stylus is applying over the screen tools. So in easy words be gentle with the stylus and pressure.

Next, the charging should be done carefully. For both Apple Pencil charging must take no longer than 15 minutes therefore carefully charge and always place the stylus and iPad down to the flat surface so that no falling occurs.

Note not all functions are performed with the stylus, for example, you have to use your fingers for bringing or pulling the control center down and up.