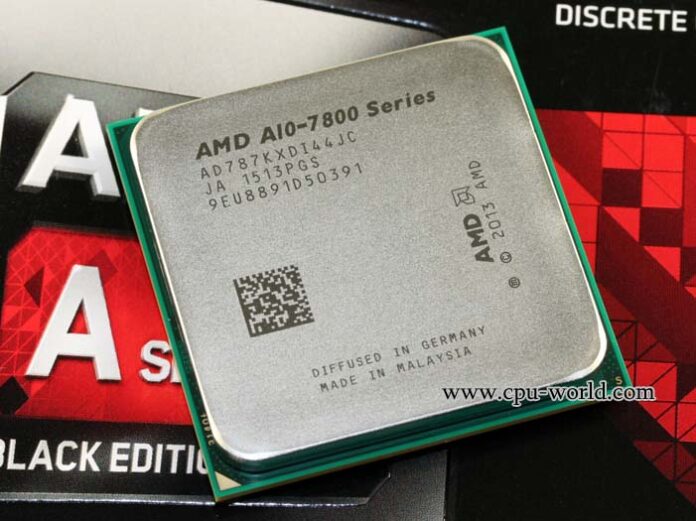 The AMD a10 series processors are powerful and inexpensive, yet people are confused about their gaming performance.

The AMD a10 series-based processors are excellent for recreational gaming because most of them include AMD Radeon graphics; nevertheless, these processors are not suitable for pro gamers because they only have four CPU cores.

Aside from that, there were several other benefits and drawbacks to using this AMD a10 series CPU for gaming, which are detailed below.

Graphics are the most critical gaming component since they render the images, scenes, and animations you see on your screen.

Although external GPUs are the most excellent option for gamers, many use integrated graphics to complete their tasks.

Most AMD A10 series CPUs include AMD Radeon integrated graphics; for example, the AMD a10 7870k CPU includes AMD Radeon R7 graphics, which is sufficient for gaming.

Furthermore, other Radeon integrated graphics are capable of 1080p gaming at high settings.

One of the most critical elements is the CPU’s clock rate; according to Wikipedia, clock rate refers to the frequency at which a processor’s clock generator can create pulses. It is also a primary indicator of the speed of the CPU.

A high clock rate is necessary for gamers since it allows games to run at a greater frame rate (Frame rates per second).

Increasing a computer’s clock rate is known as overclocking. b

beyond what the manufacturer has certified.

You can raise the CPU or GPU speed by setting a high clock rate or multiplier in the computer’s BIOS, pushing it to complete more operations per second.

For gamers, overclocking is a must-have feature. The more you overclock your CPU or GPU, the more processing power you’ll have, which translates to faster rendering or multimedia files and smoother gameplay.

Most AMD a10 series models are unlocked for overclocking, which significantly benefits gamers.

Some of the most widespread disadvantages of using AMD a10 series CPUs for gaming.

CPU cores are the CPU processors, and these cores read and execute program instructions. In the past, every CPU had only one CPU core.

However, every CPU has had many cores in recent years that focus on distinct tasks. As a result, the more cores a CPU has, the more effectively it performs.

Cores are essential for gamers since they allow them to load applications and games faster.

Most AMD a10 series CPUs have only four CPU cores, which are inadequate for gaming.

The TDP value indicates the maximum amount of heat that a computer processor, such as a CPU or GPU, may generate in watts. It is frequently used as a significant power consumption indicator.

Lower TDP is preferable for gaming, and most gamers agree that the usual TDP of 65W is adequate for gaming because it raises the temperature and consumes less power.

Some AMD a10 series CPUs have a default TDP of 95W, which is more than the recommended value.

Even though the AMD a10 series CPUs come with Near Silent cooling solutions, which is an excellent cooling option for customers.

However, if you are an overclocker, you should use a thermal solution from the Wraith series (Wraith Stealth, Wraith Prism, and so on).

What Games can AMD a10 Run?

Because of the fewer CPU cores and higher TDP watts, AMD a10 series-based CPUs are inappropriate for pro gamers, but that doesn’t mean you can’t run games on them.

These games are easily playable on AMD a10 series CPUs; nevertheless, some other recent and demanding games are playable as well, albeit at lower 720p settings.

Best AMD a10 Processor for Gaming

Several CPU models are available in the AMD a10 series; however, the AMD A10-7870K is the most popular among gamers.

Check out the AMD A10-7870K CPU specifications for gaming.

Except for the CPU and TDP watt, all other characteristics are adequate for gaming.

The AMD a10 9700 processor gives decent gaming performance and can run games at low settings.

Because it only has four CPU cores, the 7th generation AMD a10 9700 CPU is unsuitable for professional gamers. However, you can still play games on this CPU because it has a default TDP of 65W, a base clock rate of 3.5 GHz, and gaming-ready Radeon R7 graphics.

Furthermore, this AMD a10 9700 CPU is unlocked for overclocking, making it ideal for gamers.

The AMD a10 8770 CPU has 4 CPU cores and integrated Radeon R7 graphics, making it unsuitable for pro gamers or the most recent influential games, but it is perfect for leisure gaming.

Gamers will appreciate other advantages of this AMD a10 8770 CPU, including the 65W default TDP, 3.8 GHz clock rate, and graphics frequency.

No! This AMD a10 5800k processor is not ideal for gaming because it only has four CPU cores and has a greater TDP (Thermal Design Power) than other AMD a10 series APUs.

Furthermore, this AMD a10 5800k processor includes Radeon HD 7600D graphics with 384 shader cores and an 800 Mhz base frequency, making it unsuitable for gamers.

Yes! Because it has a base clock rate of 3.6 GHz, a default TDP of 65W, and is unlocked for overclocking, your AMD a10 7860k CPU can run entry-level games.

This processor is not ideal for CPU-intensive games because it has four CPU cores and a poor cooling solution. Furthermore, this CPU includes AMD Radeon R7 graphics, which are adequate for non-demanding games but insufficient for popular and demanding titles.

No! The AMD a10 5700 processor is incompatible with gaming because it only has two CPU cores, which are insufficient for gaming.

Furthermore, this APU includes AMD Radeon HD 7600D graphics, which are not ideal for gaming.

Furthermore, the integrated Radeon R7 graphics and multitasking power of this APU make it ideal for gaming.

However, remember that this processor can only run non-demanding games because it has only 4 CPU cores, which is insufficient to run demanding and CPU-intensive games.

Yes! The AMD a10 7850k CPU outperforms previous-generation processors in terms of gaming performance. This APU has a primary clock rate of 3.7 GHz that may be increased to 4 GHz and AMD Radeon R7 series graphics.

However, keep in mind that this APU is only ideal for casual gaming because, like other AMD a10 processors, it has four CPU cores and a default TDP of 95W, which is higher due to the APU’s poor cooling solution.

Yes! The AMD a10 7700k is a decent APU for gaming at low and medium settings; it has a base clock rate of 3.4 GHz and a default TDP of 45W to 65W; it is unlocked for overclocking. This APU also includes AMD Radeon R7 graphics.

However, unlike other a10 processors, this processor only has four CPU cores, which is insufficient for demanding games at high settings.

No! The AMD a10, 5750m processor is unsuitable for gaming since its base clock rate is too low (2.5 GHz), and it only has four CPU cores, which is insufficient for gamers.

Furthermore, the graphics capability of this APU is inadequate because it includes AMD Radeon HD 8650G graphics, which is unsuitable for pro-gamers.

Yes! The AMD a10 6800k processor is suitable for gaming and can handle some of the most demanding titles. This APU’s base clock rate is roughly 4.1 GHz and is unlocked for overclocking. This APU also includes integrated Radeon HD 8670D graphics.

When playing games on this processor, keep in mind that the processor’s default TDP is roughly 100W, which is greater than the recommended gaming TDP. So it would be advantageous if you had an effective cooling system; otherwise, your processor will generate excessive heat.

However, this AMD a10 6700 does not support overclocking, which is a massive drawback for gamers. Because of this omission, gamers cannot adjust the clock rate while playing CPU-intensive games.

Yes! Because it includes integrated AMD Radeon R7 graphics with a fantastic graphics frequency of 866 MHz, the AMD a10 7870k processor is ideal for gaming.

Aside from the graphics, additional integrated characteristics such as the 3.9 GHz base clock speed rate, low TDP, and overclocking functionality make this chip ideal for gaming.

Yes! Because of its great integrated features such as 4.1 GHz base clock rate, low TDP watts, overclocking function & Wraith cooling thermal solution, and integrated Radeon R7 graphics with 866 MHz graphics frequency, the AMD, a 10 7890k, is suited for gaming.

Remember that while this processor is adequate for older games, it is insufficient for demanding and CPU-intensive games due to its limited number of CPU cores.

The AMD a10 7300 processor is ideal for playing older games without lag.

However, it is not recommended for demanding and CPU-intensive games. It has integrated AMD Radeon R6 series graphics, which are inadequate for demanding games.

Yes! Because it includes integrated R7 graphics, the AMD a10 8700p chip is ideal for mid-level gaming.

However, because this processor only has four CPU cores, it is unsuitable for high CPU intensive, demanding games.

No! Because it provides a casual gaming experience, the AMD a10 9600p chip is not a good choice for gamers.

However, the integrated features of this processor are not particularly impressive. As a result, it does not provide exceptional gaming performance.

I hope you found this helpful essay. If you want further information about AMD processors, gaming, Radeon graphics cards, Windows 11, and other technological topics, subscribe to our blog.