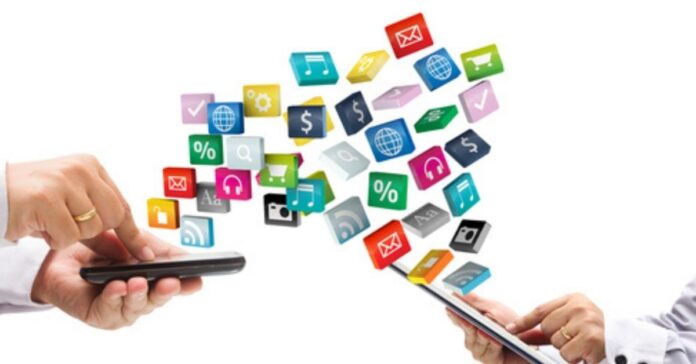 6 Mobile Apps for a Movie Junkie

It’s not uncommon for moviegoers to become completely enamoured with the visual extravaganza that movies provide. The billion-dollar movie industry survives on the large box office collections of movie junkies or addicts. If you’re a movie fan, you’re likely to have a large collection of DVDs and Blu Ray discs. There are a number of apps that can be very useful to movie buffs throughout the world in this digital age when smartphones are widely utilised. Here are some of the top apps for movie buffs on your phone..

Anyone who watches a movie only after reading a review has probably come across this well-known review website. As the Internet Movie Database, it’s your one-stop shop for reviews, trailers, cast information and spoilers. IMDB is formally known as the Internet Movie Database (only if you wish). The same functions may now be found in a simple smartphone app that is compatible with both iOS and Android devices. Moviegoers may now acquire all the information they need about a film on the fly thanks to the smartphone platform.

A fan of old-school cinema should download this app. TCM, a major authority on old Hollywood films, has just released an exciting new app for smartphone users. Only available on Android, it has a plethora of options and features that would make any website look out of place. On-air material is available both in real time and on-demand, so you may view it whenever you want. Style, genre, and topics all play a role in categorising the films. In addition, you may get the classic films on DVD or Blu-ray.

There’s no better way to keep up with the latest movie releases than with Flixster, a cutting-edge app available only for iOS devices. You may also create a “must watch” list of movies and set reminders for when you want to view each one. In addition to the cast and plot specifics, you could also obtain other crucial information. Because they are based on Rotten Tomatoes’ ratings, the reviews can be trusted. Air streaming, a service that allows you to stream movies from your iOS or Apple TV device, has recently been added to Flixster.

If you enjoy watching American sitcoms and happen to live in one of the cities on the ABC app’s approved list, then you’re in luck. You can watch the most recent episodes of your favourite ABC shows live on the device thanks to the live streaming functionality. Despite the fact that the app’s selection is limited to ABC shows, there are plenty of sitcoms to choose from. In addition to keeping you up to date on sports and weather, the app’s user-friendly UI enables you to maintain a sense of perspective amid the endless sitcoms.

This one is geared for iOS users only. There are some of the best movies available on Crackle, making it a must-have app for everyone with an iPhone or iPad. A new season of your favourite show won’t be months away thanks to crackle’s weekly refresh of its movie database and regular addition of new shows. Also included in the database are a number of movies from the golden age of cinema, as well as specific sections for animation, humour, and foreign films.

If you’re a frequent moviegoer, you’ve probably had the experience of having to leave the theatre to use the restroom. RunPee is one of the best applications you can download to help you stay up with the storey while you’re sipping on an ice cold Coke in the air conditioning. RunPee, a free app for Android and iOS, lets you know exactly when the movie’s most important scenes are about to occur so you don’t miss a beat. When it comes to Marvel Cinematic Universe films, the app sends notifications about any post-credits scenes.

The applications listed above are some of the greatest ones for movie buffs, and they may be used for a variety of things. If you’re a movie buff, odds are good that you have a stash of old projector films stashed away. You may make your 8mm films more durable and reusable by transferring them to DVD.

Ifvod Tv : All You Need To Know.

How to increase user engagement on TikTok?