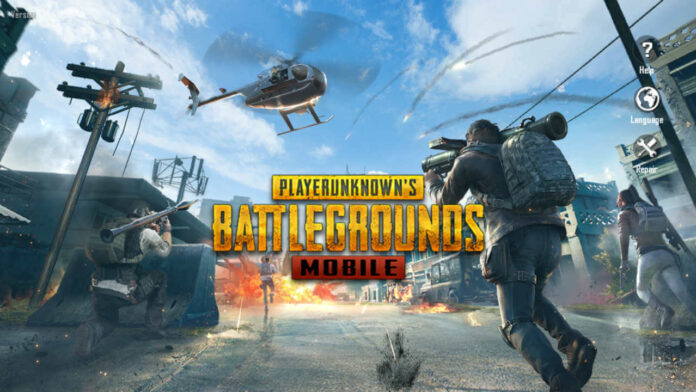 Mobile Games are a very dominant market for a while now, with cutting edge smartphone technology advancements mobile games are entering new realms of crazy and advance gameplays. PUBG Mobile has launched its biggest update over the two years since its launch. The new update 1.0 has completely overhauled the game which was already standing out from its competition. The game already has been purchased over 70 million times and its mobile counterpart has been downloaded for over 600 million times.

The version 1.0 update is available from September 8 with its new season 15 “ beyond ACE” starting from the 14th of September. The ANDROID Version is about 1.8GB and an IOS Version comes at 2.17GB of a downloadable file. The players have to upgrade as they cannot match with people already upgraded to the newer version.

Nowadays games tend to attract player communities with higher-quality graphics. we have seen many improvements in the character’s model graphics, the better blending of buildings and terrain added, and lighting quality improvements in this upgrade. The game also now supports all smartphones and tablets with high refresh rate displays and can play now up to 90hz mode.

NEW MAP: Erangle is the new map incorporated in the game, further changes are done in the changing of the location of popular landing sites.

NEW UX: the game has divided the lobby into 3 main spaces, one for following, another for combat, and the last one for socializing and shopping. The game also included multi-screen switching that allows the player to move smoothly and fast from space to space.

Cheer park: it has become very competitive as players push for ranks, for this PUBG introduced Cheer Park so players can polish their skills in the game and align themselves with different ammunitions and strategies to win games. There is also a wining objective to achieve, there are new things like two-seater swing sets, romantic boots, and hot air balloons.

Livik Improvements: a new firearm M1014 is introduced with many other weapons. Visual effects are improved with the accuracy of rock, water textures with smoother graphics, and Monster Truck can be seen from a distance.

SEASON 15 PASS: mostly new season pass comes after an upgrade to the game, its mostly to attract players with the hype build around the game upgrade, players are lead to make an in-app purchase of a royal pass to enjoy the game with many perks like outfits, gun wraps, plane wraps and unique to player car wraps.

Teasers: PUBG has its way of teasing and keeping the players on edge and excited. With this update, there are many teasers for which players can look forward to. One of these is the payload 2.0 mode in Evo ground which will have new armed helicopters, advanced communication towers, many new vehicles, and weapons such as an AT4-A laser-guided missile and M202 four-barreled rocket launcher, etc. A zombie mode is also expected to be released near Halloween. This surely keeps PUBG in the news and player’s interest most of the time.

Pubg ban in some countries:

PUBG has an estimated 40 million daily active users China, Jordan, Nepal, Israel, Iraq, and India are the five countries which have a partial or complete ban in their countries. The most recent one is India that has banned the game. The ban follows due to many reasons some are due to political rivalry, some site reasons like PUBG is too addictive some experts say PUBG propagates violence, and PUBG is seen irresponsible in many areas.

The PUBG game has been infiltrated with hackers from the past year and PUBG is trying its best by banning these to restore and promote fair gameplay. In a recent annexation, PUBG has banned over 2.2 million accounts permanently and continuously monitoring its servers for any hackers with smart AI software. This is a very big threat as unfair gameplay is demotivating its hardcore players all around the world.

There are many ways to setup hacks in PUBG but to get away with these hacks is what matters. The PUBG software to detect these hacks are getting smarter with every passing day. So we are going to discuss what hacks are available what we can do to avoid temporary or permanent bans.

First comes the disclaimer as the game is continuously updating if you want to follow these hacks follow on your own risk.

Disclaimer: Before you start reading below we are not responsible for any harm done to your PUBG account or your android device when following these:

HACK TOOLS WITH NO ROOT:

The hack is usually safe but if you follow these instructions you will be able to avoid ban:

How I Pushed to Conquerer with these hacks:

1.Don’t use hacks like speed, aimbot very often.
2. Don’t kill the whole squad by yourself kill 3 and leave the last one to avoid detection.
3.After every 3rd match, clear Cache on mobile for PUBG Mobile.
4.Clean and install PUBG mobile.
5. Don’t use outdated hacks.
6. Don’t kill more than 20 people.

8.Use a VPN while playing.

More and more players are getting PUBG fever. If you have extra time to kill or you are stuck in traffic with your parents in the car or whatever scenario PUBG is the game for you. It’s a great way to spend time with yourself or with your friends online.