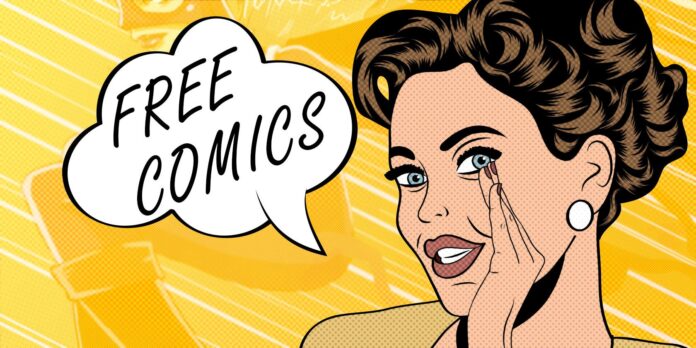 Comic books are a fantastic source of pleasure for people of all ages. Some comic books, such as Watchmen and The Killing Joke, are considered among the best works of literature ever written. Recently, anytime studios translated comic books into films, they were box office smashes. The Marvel Cinematic Universe Movies are the best example of this. These films have also grossed billions of dollars due to the fact that they are based on fantastic comic books. We’ll discuss about the Best Sites to Read Comics Online for Free in this article. Let’s get started!

While the movies are fantastic, there is so much substance in comic books that it is impossible to convey it all in films and television series. Furthermore, the films are unable to fully cover the comics they are adapting. As a result, many people still prefer to read directly from the comic books in order to fully comprehend the origins of the stories.

Around the world, there are many distinct types of comic book companies. Marvel and DC are two of the most well-known, but there are many others. Almost all of them also charge exorbitant charges for their comics. Furthermore, older versions of some comics are quite difficult to come by in physical form. Even if someone can locate older editions, they will have to pay a hefty sum to obtain these comics.

ComiXology is a well-known digital comics platform. You should absolutely bookmark this page if you’re a comics fan. It is not completely free to use, however it does provide a large number of free comics. You can also buy a subscription, which would be well worth the money if you are a big comic book fan. If you’re concerned about your privacy, rest assured that this site is owned by Amazon and is 100% legitimate. You have to give it a shot at least once.

Users can read the most expensive comics for free on ComicBook. They also offer a fantastic assortment of reading materials and don’t charge much. This website’s only drawback is that it has a smaller collection than the other websites. It is, nevertheless, still one of the greatest websites for reading free comics online.

Do you have a library card? Then Hoopla, a wonderful database of comics and graphic novels (as well as ebooks, audiobooks, movies, TV series, and music) is most likely available to you. When it comes to reading comics, this is one of my personal favourites because the app is so simple to use and has such a large library of comics and graphic novels to search through. I’m not going to provide any recommendations for where you can start reading comics in addition to Hoopla because chances are you already have one. Then one of your choices will also be found here.

By far the most well-known name in the comics industry is Marvel. Every second child has read or heard of Marvel at some point in their lives. However, Marvel also has a website known as Marvel Unlimited that provides readers with free issues to read. They currently have roughly 50 issues accessible, and the number is growing all the time. The best part is that you don’t have to join or subscribe in order to take advantage of the freebies. You can also select to buy your favourite comics if you like. If you’re a Marvel lover, this website might become one of your favourites in fewer than five visits.

The big two aren’t represented here: Marvel and DC aren’t even listed among the publishers on DriveThru. However, there is a sizable book collection as well as a diverse selection of comics that span genres and styles. You’ll also find larger competitors to Marvel and DC, such as Valiant Comics, Top Cow, and Aspen Comics.

The filters on DriveThru can be used to browse categories, formats, publishers, and prices. Use them to filter down the number of comics available and begin exploring. It’s impossible to predict what you’ll find here, but DriveThru is always a fantastic place to go if you want to read free comics online.

Where can you find DC Comics to read online? However, there is DC Universe, which is not free and is region-locked. Fortunately, DC Kids provides free issues that are appropriate for children. DC has been chastised for not having the same sense of humour and accessibility as Marvel. If you guys watch Christopher Nolan’s Dark Knight trilogy or Tim Burton’s early 1990s Batman films, you’ll get this impression.

However, the company’s animations are well-liked and praised. DC Kids is an extension of that, offering kids a fun way to get into comics.

There isn’t a huge selection of issues available, however it does feature serial releases. Shadow of Sin Tzu, as well as the first issues of Tiny Titans, Super Friends, and Batman: The Brave and the Bold, are examples. This is a great place to start reading comics online if you want to introduce the next generation to the medium.

You may not consider Amazon to be an excellent source of free comic books. However, if you know where to look, there is a surprising quantity of free stuff available. Start with the Best Sellers in Comics and Graphic Novels list, then go to Top 100 Free to see the most popular free titles available for download.

You can also use the left-hand side of the screen to filter the list by genre, making it easier to find the comics you’re looking for. The list is updated hourly, so come back often to see what’s new.

This site, on the other hand, goes above and beyond the call of duty. It’s an archive dedicated to the entire genre, therefore there are some things you won’t find anywhere else. Fanzines, pulp fiction, non-English comics, newspapers and magazines, advertisements, publications, public information posters, and even colouring books have their own sections.

For comic book aficionados, graphic artists, and historians, Comic Book Plus is a fantastic resource. It’s quite difficult to stop exploring once you’ve started.

ViewComic does not have the most user-friendly UI. As a result, the aesthetics of this website may not appeal to all visitors. It does, however, have a lot of amazing comics from major publishers like Marvel Comics, DC Comics, Vertigo, and others. It is unquestionably a fantastic way to read some of the world’s most well-known comics.

Elfquest is a long-running award-winning independent comic that dates back to the late 1970s. On its website, every issue published prior to 2014 is also available for free. This is the book for you if you enjoy sprawling fantasy worlds. There are numerous series available that follow the exploits of various characters and plot arcs.

The series, as well as the Final Quest storey arc, are now available through Dark Horse. The publisher has also issued collected copies of the whole ElfQuest series. You can, however, get a head start on the series by reading the rest of the comics for free online.

The Internet Archive is not a generic digital comics portal; rather, it caters to an older demographic. On this website, you won’t find any normal commercial comics. However, older masterpieces that have become collectors can easily be found. If you wish to read manga, it also has a good selection. If you’re a true comics fan, you’ll have no trouble staying entertained while browsing this gateway.

Newsarama is actually more than simply another digital comics website. It does provide customers with free comic book issues to read, but it also has other specialties. If you enjoy science fiction, this website may be worth your time because it allows you to read and discuss theories and speculations. You can also browse a well-curated library of free comics and a variety of other texts. On this page, you may also read the most recent science fiction news. On the internet, it’s a tremendously intriguing place to go.

If you want to read popular mainstream comics like DC and Marvel, this is the place to go. Actually, Comic Blitz isn’t the best website for them. This website provides a venue for smaller, independent comic book publishers like Dynamite and Valiant. It’s one of the best places to go to learn about some lesser-known yet fantastic comics.

Superheroes do not appear in every comic book. The amount of comedy strips found in newspapers demonstrates that comics are a part of everyday life. GoComics is also your best bet for syndicated strips.

There are two types of subscriptions available: free and paid. Fortunately, the former is all that is required of you (although we encourage readers in order to support the service). GoComics has a large selection of cartoons, including lesser-known cartoons and well-known franchises like Peanuts, Dilbert, and Calvin and Hobbes.

In addition, our favourite Monday-hating cat has two categories: Garfield and Garfield Classics!

The Digital Comic Museum is a great place to go if you want to learn about the origins of the comic book medium. You can also spend days reading free Golden Age comic books (1930s to 1950s).

Although Captain Marvel, now known as Shazam, appears, the titles and characters may seem unfamiliar. However, it is certain that the literature of the Golden Age had a significant influence on modern works.