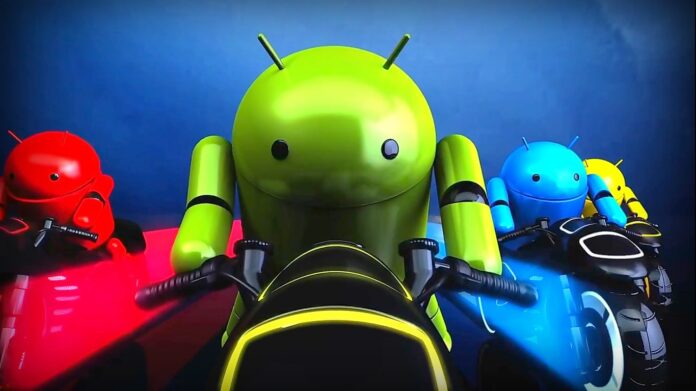 Gaming admirers from the 90s will remember Nintendo 64 with nostalgia. A decade before gaming consoles such as PlayStation and Xbox arrived and took over the market, Nintendo ruled the hearts of casual and diehard gaming enthusiasts alike. Some of its most notable titles include GoldenEye 007, Pokemon Arena, Legend of Zelda: Ocarnia of Time and Perfect Black. Supermario N64 sold more than 11 million copies alone.

N64 was named after its (then) revolutionary 64-bit CPU. And it sold a whooping 33 million copies worldwide. For a comparison, the N64 was three times as fast as Sony’s PS1.

Playing N64 games nowadays, however, either requires an original console (which is hard to come by) or a N64 emulator to play. If you wish to relive the nostalgia once more, you can play it on your mobile using Nintendo 64 emulators for Android.

We’ve done our research so you can sit back and enjoy your game with minimal effort. We’ve compiled three main metrics for our emulator table:

Some of the setups aren’t easy to install. Outdated emulators have no active threads online to support any issues that arise. This is why the intuitiveness of the emulator matters.

While most of the options for the N64 emulator Android and PC are free, some of the paid options are worth giving a try as well. For many users, pricing matters, and that’s why we’ve kept this in mind while writing this list.

Emulators are as good as their platform support and continuous upgrades. A good community and developer support are vital for any software’s longevity.

Mupen64 Android is one of the best emulator on the list. An emulator solely dedicated to running N64 ROMs. It’s basic but it gets the job done. The Mupen64 emulator offers pretty decent Nintendo 64 ROMs capability. The developers are still supporting the app, which is great.

Mupen64 emulator is ABSOLUTELY free to use. Best part? No advertisements. None. You can upgrade to the paid version to support the developers though.

In our list of Nintendo 64 emulators for Android, Retroarch deserves a special mention. It’s been around the market for a long time. The first version came in 2010. It supports all mainstream retro-consoles such as N64, 3DS, NES, SNES, Atari among others.

Retroarch is feature rich and supports the ability to take screenshots, load cheats, remap controls, and save state. The software is open-source and you can tweak with its UI as well.

The UI is a bit hard on the eyes and the app has a slight learning curve.

Pricing: The software is absolutely free. No strings attached.

ClassicBoy is the next choice on our list of Nintendo 64 emulators for Android. This Android app is a multi-system emulator which means that in addition to playing N64 ROMs, it can also play PS1, NES, and SNK NeoGeo games, just like RetroArch.

ClassicBoy provides a lot of features not found in its competitors. These include dedicated buttons for graphics, support for external devices (joysticks & keyboards), audio tweaking, and support for save slots. You can also set custom video resolution on your device via emulator.

There are in-app purchases for the full version. However, it is recommended that you buy the lite version to see if the software runs perfectly on your device (there are app crashes and performance issues on the lower-end devices)

In terms of sheer number of downloads and popularity, nothing beats Mega N64 Emulator for Android. The hallmark of a good product is its developer support and Mega N64 Emulator has it plenty. Built on top of the Mupen64 android, this app has added its own tweaks and brought on major improvements. Goog experience overall, with minor compatibility issues here and there.

It is the most used N64 Emulator on Android for a reason. Easy-to-use controls, customizable if you’re not comfortable with the default, It offers language support for 11 languages too.

The app is FREE to download. It contains ads, which are a minor inconvenience, and do not affect the quality of the app otherwise.

Retroarch is a popular feature-rich PC emulator for all OS platforms. This includes Windows, Linux AND macOS which sets it apart from other emulators in the market.

Its interface works like modern gaming consoles and is easy-to-use for the current generation of gamers as well. Shaders support can help drastically boost the quality of old classics.

Project64 is a highly compatible emulator that features on top of our list for best Nintendo 64 Emulator for PC. The emulator has been praised by the PCMag for offering more “advanced settings” than Nintendo’s official Nintendo 64 emulation. Project64 is an open-source emulator, written in C++ and has a vibrant developer support community behind it.

It is easy to install, setup and use. It is also decent in its offerings: Customizable keyboard controls, modifiable resolutions and graphics, use of external gamepads on the platform.

Project64 is absolutely FREE. It comes with zero ads and bugs in the app are fixed regularly at no cost.

OpenEmu is a macOS based emulator and works flawlessly on the platform. It is by far the best emulator for the Apple devices. In addition to Nintendo 64, this platform supports GameBoy Advance, Sega Genesis, Atari 7800 and others.

This UI is squeaky clean and is a delight to use. Due to Apple’s optimization and low-resource intensiveness, the emulator works like a charm even on older Apple devices. Bonus: The emulator scans your computer for you and lists the ROMs found on your system.

It is also rich feature wise and has all the bells and whistles expected from a Nintendo 64 emulator for PC.

The macOS based emulator comes at a price tag of … zero, really. You can however donate if you want.

We’ve included Mupen64plus Online because of its unique selling point: Its the only browser-based emulator in the list. You don’t need to install anything on your computer which makes Mupen64plus fz platform independent. If you’re a hobbyist, you can even run this app on a Raspberry Pi.

The only limitation right now is that while the emulator works nicely with Mozilla Firefox, it does have some minor issues with Google Chrome. Support for the latter is in the pipeline.

Mupen64plus Online is FREE to use. There are ads that display online but they do not impair your ability to play without interference.

This rounds up our review for the best N64 emulator android and PC. If you’ve used an emulator yourself, and think it’s worth an honorary mention, drop a comment below.

Downloading emulators is not illegal. Distributing ROMs however can be classified as illegal, based on where you’re located.

Can my computer run n64 emulator?

Unless you have a PC that is 15 years old, chances are the emulator will run smoothly. However, we advise up to 4GB RAM and up to Windows 8 for a smooth experience.

Can my Android run n64 emulator?

Emulators on Android typically require 2GB RAM and Android 2.0 and above.