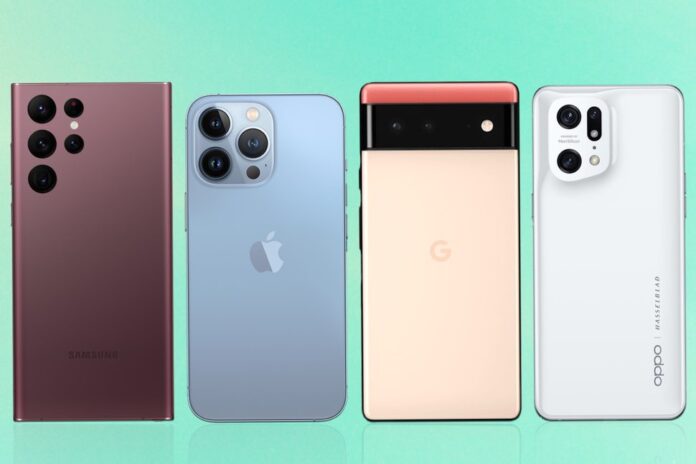 More and more choices are now available to us as phone buyers as a result of recent advances in the mobile sector. Although not all of them are the most cost-effective for our pockets, Consequently, individuals are searching for ways to get their hands on a high-quality phone that won’t break the bank. You may find a wide variety of smartphone brands and models available on the market nowadays. However, when it comes to budget phones, it can be difficult for us to determine which one is the best.. So, here are five of the greatest budget phones on the market today.

Google Pixel 4a is the best bargain in a smartphone at just under $400. The camera on the back of the phone boasts a resolution of 12.2 megapixels, and it also offers features like Super Res Zoom and Live HDR+. The Pixel 4a has some of the same camera functions as the more expensive Pixel 4, so you can get some great shots with it.

Although the Pixel 4a’s performance can’t match that of the iPhone SE, the Snapdragon 730G chipset on Google’s phone should be sufficient for the majority of smartphone users. In addition to its beautiful style, the Pixel 4a boasts a dazzling OLED screen, 128GB of storage capacity, and Qualcomm Snapdragon 845 processor.

A budget phone that doesn’t feel like a budget phone should be your first choice, and this Xiaomi phone is it. Aside from the plastic build, which screams “cheap,” the Redmi 9 looks decent. The back surface is significantly more stable in your palm and on a flat surface thanks to the plastic cover, which is far more grippier than those phones with glass coverings.

The Redmi 9 sports a 6.53-inch screen, making it one of the larger smartphones on the market. The phone has an FHD+ resolution and a dot-drop screen. A MediaTek processor powers the phone, which also includes 3GB of RAM and 32GB of internal storage. The battery’s 5020mAh capacity makes it suitable for charging at 18W. In addition to its 13-megapixel dual camera system, the Redmi 9 offers a front-facing 8-megapixel camera. A inexpensive phone can’t be beaten in terms of performance!

The Realme C12, although not being the company’s most recent phone, is an excellent choice for people searching for a low-cost smartphone. 6.5-inch HD+ screen, 13MP + 2MP + 2MP triple back cameras, and a 5MP selfie camera are all included in this model’s features.

All of the phone’s features are powered by a strong Helio G35 chipset. The Realme C12 is equipped with Android 10 and the Realme UX user interface. In a cheap phone, a fingerprint scanner and two SIM cards are unusual features.

It’s neither the large screen or the unusual design of the Realme C12 that make it stand out from the crowd. A smartphone’s battery is critical to its overall performance, and this is where the problem resides. Nearly two days’ worth of use is possible because to the huge 6000mAh battery.

This means that you won’t have to worry about running out of battery life when using the phone to do things like play games, view movies, make long distance calls, or browse the Internet. However, if money is an issue, the Realme C12 is a viable choice.

A plastic back panel and chassis does not make the phone appear “cheap,” despite the fact that it is. The pixel density is 270 pixels per inch at 1600 by 720 pixels. The screen has a lot of contrast and colour. The Galaxy A32 5G has three sensor bumps vertically placed on the back panel instead of the protruding camera module you see on other Samsung phones (like the Samsung Galaxy S9+). AT&T and T-Mobile, as well as Samsung’s own website, offer this phone for purchase. The device is Verizon-compatible and supports both LTE and 5G in the sub-6GHz band.

A lot of people have been raving about the I suffix on Realme phones for some time now. The Realme 6i has a 6.5-inch display with a Full HD+ resolution, making it a large device (1080 x 2400 pixels). Similar to the Realme 6, the phone is powered by the MediaTek Helio G90T. The Realme 6i is available in two RAM configurations: one with 4GB and the other with 6GB. Both models come with the same amount of storage, which is 64GB. The dedicated microSD card slot, however, allows you to boost your storage capacity to 256GB.

Both the Realme 6 and the Realme 6i have dual 4G VoLTE, Bluetooth 5, and a 4300mAh battery. The Realme 6i’s camera hardware differs slightly from that of the 6i. There is a 48 megapixel camera, an 8 megapixel ultra-wide angle camera, a 2-megapixel depth sensor, and a black and white portrait camera on the smartphone.

It sports a 19-megapixel front-facing camera. In bright conditions, the camera software automatically enables HDR, and you can also shoot at the full 48 megapixel resolution. Overall, the Realme 6i is a fantastic option for those on a tight budget who are searching for good hardware and functionality.

Making a decision on the best low-cost phone is difficult since you have to weigh your options and decide which compromises you’re ready to make. In the realm of technology, budget phones have a significant role to play, even if they don’t have all of the best features. My goal is to introduce you to the greatest low-cost smartphones on the market, and I hope this list does just that.