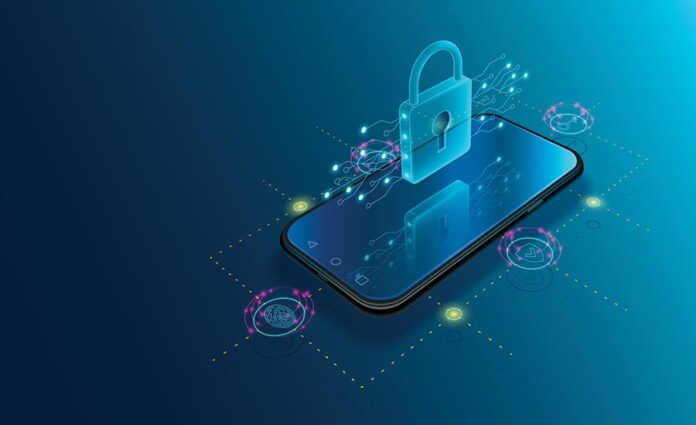 Privacy has degraded to the point where anyone can simply steal and access your data by following a few simple steps in an age where even the most secure phones and everything is accessible over the internet. Secure smartphones come to your aid in this situation because their upgraded software safeguards your private information.

Secure smartphones provide various advantages, including the security of user data against illegal access and numerous threats that come with it. It is also necessary to utilise a secure smartphone in order to maintain data privacy and security. A safe smartphone erases all user data if the device is stolen or lost, preventing users from having their personal information compromised.

What is a Secure Smartphone?

To protect consumers from man-in-the middle attacks and other cyber threats, end-to-end encryption can be used on secure cellphones. Because of recent technical advances, consumers can now save essential data on laptops, smartphones and tablets, as well as wearables and other portable devices, on a secure smartphone.

It is therefore vital to ensure that mobile devices are secure to prevent others from obtaining personal information. Secure cell phones include built-in crypto wallets, VPNs, and physical kill switches.

Other security measures, such as secure internet gateways, email security, VPNs, and other methods, are used to ensure safe smartphone experiences. To ensure the safety of their customers, certain cell phones are specifically designed for this purpose.

Is the Stock Android OS Hackable?

Is it possible to hack Android’s stock operating system? Yes, this is a straightforward response. In order to give Android smartphone users complete administrator authority and access, the hacking community is actively rooted the Android OS. Bypassing carrier or handset constraints or any other significant restrictions placed on your device, this procedure is analogous to jailbreaking your iOS device.

Once you have hacked your device and gained root access, you have the ability to replace and alter applications and system settings, as well as run specialised programmes. Changing the operating system of your phone is one of the most common reasons for hacking your smartphone. With this method, you can install the OS app from the developer’s perspective and take back control of your device.

As a result, even the most recent and competitive operating systems like Android can be hacked. In this case, it is not safe to use devices like Google Nexus and LG Nexus Phones. If you want the highest level of security for your Android handset, look for a model that is nearly hard to root. These steps will assist you in safeguarding your data.

The Best Hardware to Protect Against Cyber Attacks

Since all modern electronics, computers, communication networks, and other infrastructures are developed utilising the actual hardware of semiconductor chips, securing cyber systems must begin there.

Attackers use supply-chain weaknesses in the hardware industry to launch successful attacks. There are billions of transistor components in modern chips, which can be damaged during the design, fabrication, assembly, and testing processes, which is why they are such intricate gadgets.

The intricacy of integrated circuits and microelectronics makes it difficult to pinpoint hardware flaws. For a long period of time, a single integrated circuit’s physical alterations can be easily disguised amid the many legitimate components. The malicious hardware could go unreported until it has been widely implemented in critical infrastructure.

Best Android Security Apps You Should Install on Your New Smartphone

According to research, 87% of all Android smartphones are vulnerable to hacking. This is a call to action to download and install software that can help safeguard your mobile device and the data stored on it. The following are some of the top Android security apps that you can use to keep your phone safe from hackers.

Ransomware, malware, and other dangers will be protected by Malwarebytes’ advanced security. Detect and remove harmful threats before they have a chance to damage your computer. Malwarebytes delivers real-time security and scans for even the most complicated phishing URLs while using the Chrome browser. It also alerts you if it detects anything out of the ordinary, ensuring that you have a safe and secure internet session.

Your phone or tablet’s installed apps’ permissions are analysed by this app on a regular basis. Find out if applications are listening in on your calls, tracking your whereabouts, or billing you for services you didn’t ask for.

If you’re concerned about malware, adware, or even screen locks, Malwarebytes can immediately check all of your files. It’s compatible with Android 6.0 and higher, as well as English, French, Italian, Spanish, Russian, Dutch, German, Indonesian, Polish, and Portuguese languages.

You can protect your smartphone using Nox Security, an all-in-one security tool. Having a single weapon that can solve all of your security issues is like having a magic wand.

In addition to these security features, Nox Security lets you clear trash files, disable power-draining programmes, and even protect your phone from Wi-Fi network threats.

As its name implies, Lookout is always on the “lookout” for suspicious activity or threats. The app tells you if the WiFi you’re about to use is dangerous or under attack, for instance. It also reveals which of your installed apps have access to your location, contacts, messages, and other data.

While it can’t prevent data breaches or trace down a lost phone, it can lock it so that no one can access it. It also has a secure browsing mode.

Among the many additional security and anti-theft features, you’ll find a bunch that will make your life easier. This is one you’ll want to have a peek at.

When we only use an app once or twice before removing it, it makes no sense to retain the permissions in place, as it’s unnecessary. Permissions may seldom be revoked, but thankfully there is an app for that.

Permissions can be added or removed on the fly using Bouncer, as well as behaviours within an app that you may find objectionable being blocked. In addition, it lets you know if any of your apps are using a lot of battery life or appear to be selling your data to a third party.

All of your internet traffic may be sent through the Tor network with Orbot, a free Android software A component of the Tor network. Tor, on the other hand, encrypts your data and hides it behind a network of tunnels. VPNs use a single server, whereas Tor uses many tunnels to ensure that no traces of your activity are left.

Orbot’s mobile data connection is completely safe thanks to Orbot. A lot of data is encrypted and decrypted over and over. In order to get it to the ultimate network, where it is decrypted, data has to be encrypted and re-encrypted multiple times.

The well-known security programme VIPRE Android Security is a fantastic option. To ensure the safety of your Android device, it blocks over 20,000 known malware and virus threats.

Among its many important features are an updated Malware Scanner that includes the most up-to-date infection information. After you install an app, it runs a check on all of your other apps to make sure they’re safe. When you’re surfing the web, the Web Protection feature of this programme can detect potentially harmful content.

It’s possible to track your phone or tablet’s whereabouts, lock the device, set off alarms and remotely wipe it from other internet-connected devices using the Anti-Theft tool. All-new Autopilot provides you with extensive information about the security status of your device. Using VIPRE Android Security, you can verify that your login credentials are safe and secure before using them.

There isn’t a single task that can’t be accomplished with a few simple clicks and touches these days, and that includes the least tech-savvy of us. Even though mobile devices are extremely helpful and convenient, they are also vulnerable to cyber attacks and even identity theft. If your phone is stolen or lost, the information you store on it could be accessed by anyone with access to your phone or the cloud.

For your convenience, we’ve collected a list of the most secure cellphones available, all of which come standard with a variety of security safeguards to keep your data safe. Install the above-mentioned privacy apps if you’re an Android user to keep your personal information safe and secure.