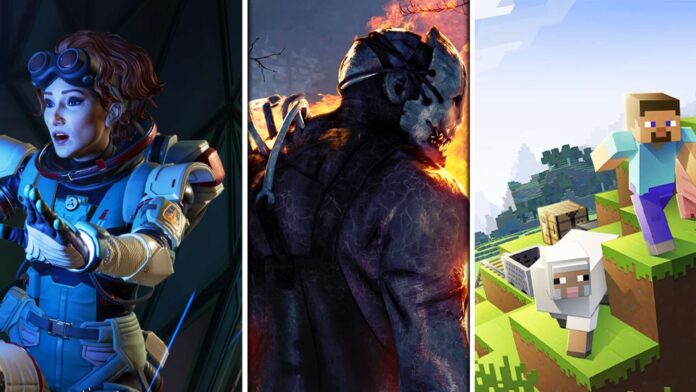 In recent times developers are doing their best to put the latest, flashiest features into their video games, so every gamer out there can get the taste of modern technologies. In the last couple of years, many advancements have been made in the graphics departments like the implementation of Ray Tracing, DLSS, and AMD’s FSR. Video Games even ventured into the domain of virtual and augmented reality, and with the advent of cloud gaming platforms, cloud computing can deliver solid game performance without the need to upgrade your hardware significantly.

What is cross-platform gaming?

Cross-platform is a term that refers to software that can be used on several different operating systems or computing platforms. In the context of video games, cross-platform gaming refers to video games with multiplayer functionality that can be played by players on several different operating systems and platforms such as PC, PS, and Xbox at the same time, together. To give you a few examples, games such as Battlefield 2042, Call of Duty: Warzone, and Fortnite are cross-platform games since the players can play together no matter the platform they are playing on. If you’re interested in a more in-depth explanation, this article on cross-platform gaming might interest you.

Why Aren’t there more cross-platform games?

Several reasons can explain the lack of cross-platform games, like manpower, the complexity of implementation, community problems, and well, just plain old competition between consoles.

Cross-platform gaming is difficult to implement

Historically, games with cross-platform functionalities were almost impossible to develop since all the major platforms used CPU hardware with different architectures and that meant that video games had to be developed in a closed system meant for a specific video game console. Since the seventh generation of video game consoles, consoles are built with CPU hardware similar to that of PCs, and the process of porting the game to different platforms has been made easier, especially with the Unity engine that handles differences between the platforms well. It’s still not as easy as it might sound. It’s extremely difficult to take into account all the differences between platforms, the differences in operating systems, and individual updates on those systems to ensure the stability of the game.

Problems with manpower and funding

Problems with community and peripherals

It’s a well-known fact that your peripherals can affect how good you will be in a certain type of game. Controllers are superior when it comes to racing games, but when it comes to fast-paced games like first-person shooters, you need to navigate the environment quickly and have the ability to aim with high precision. The mouse and keyboard are far superior peripherals when it comes to movements and aiming. It was a big problem for console players, they were getting destroyed by PC gamers. Some games even separated competitive leaderboards for that reason and some decided to implement various aim-assist technologies to make it easier for console players to aim.

The next problem are hackers. PC gamers have been facing this problem since the early days of multiplayer gaming and now the problem has moved onto the consoles as well thanks to cross-platform gaming. As you know PC has this unique advantage when it comes to modifying games and software, and some people use it to gain an unfair advantage. Even though hackers are a menace, this problem has a simple solution really, developers can make cross-play functionality optional.

Our next reason why there aren’t as many cross-platform games comes down to business. Play Station is known for being a pretty closed platform that doesn’t like other platforms communicating with it. One of the main reasons why Play Station currently has an upper hand are their exclusives that are (in my opinion) better than Xbox exclusives. Blocking crossplay is just another form of gatekeeping that doesn’t hurt your community in the slightest but hurts players on other platforms in the long run.

Maybe, just maybe if all your friends are playing on Play Station and you’re gaming on PC, you will feel pressured to buy Play Station as well. It really comes down to a competition between Xbox and Play Station, even though it’s important to note that Microsoft has been more open-minded when it comes to crossplay than Sony is, at least in the last few years.

Even though games with cross-platform functionalities are getting released nowadays, popular features like crossplay and cross-platform progression are still not standard features that every game includes by default. The reasons why there aren’t that many cross-platform games are mostly financial and technical in nature. It’s hard to develop games for several platforms and the process itself requires more specialized developers, and some indie studios are understaffed as it is. Cross-platform features widen the pool of available players for multiplayer games but unfair advantages that PC players can sometimes have ruin the experience for all. Lastly, Sony and Microsoft are not too keen to give up their respective exclusives and open up their platforms more than they have to.

BIO: Valentina Kraljik is a writer and managing editor for Fiction Horizon. In her spare time, she enjoys playing video games and tinkering with her rig.