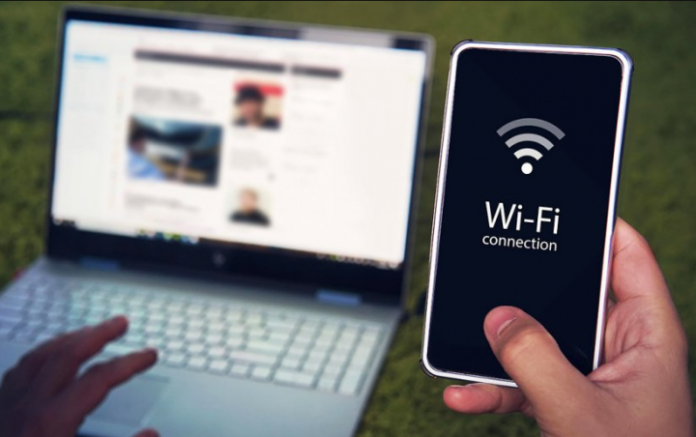 If you have a compatible Android phone, you can use the mobile data on your phone to share it with other compatible devices, such as a computer, tablet, or other smartphone. This feature creates a Wi-Fi network within your smartphone and uses your cellular data to transmit to numerous other devices. There’s no need for a transmitting device of any kind at all. Why does my Android Hotspot not work? will be the subject of this article. Let’s get this party started!

Both old and new smartphones come equipped with wireless transmitters that can also serve as a mini WiFi router for the data they receive over a cellular connection. Your mobile device treats your cellular connection as a hotspot when you turn on an Android hotspot. In the same way as a broadband modem, it then distributes the data to a wireless network, just like a router would do.

You’ll now see the hotspot-enabled device in your list of nearby WiFi sources, which you can connect to. Then you can connect all of your other devices by turning on your cellular data and your Android hotspot.

How to fix Android hotspot not working problem

If your Android device’s hotspot does not work, try the solutions listed below.

When your mobile hotspot stops working, the first thing you should do is see if you have any available cellular data. You can also check if your mobile data is working via browsing through different websites or apps on the phone that is set as the hotspot as well.

Because most mobile data connections are metered if you guys cannot open a webpage or use an app. Then there’s a chance that you also have already surpassed the daily/monthly data limit that your ISP has set for you. When using carrier services, the amount of data you can use depends on how your carrier’s configuration is set up. This could also end up costing you more than you had budgeted.

Turn WiFi OFF, then ON on the receiving device

Your phone’s internal WiFi modem may be unable to make a direct connection to a wireless network in a few rare cases. No matter how many times you’ve previously connected without issue to the same network. It’s also possible that turning off and turning back on WiFi on the receiver phone will fix the problem.

Swipe down from the top edge of your screen to turn off and turn on your mobile WiFi. Tap on the WiFi icon to bring up the Quick Settings menu.

Change the frequency band to 2.4GHz | Hotspot not Working

Because it allows data to be transmitted more quickly over a wireless network, many newer Android devices have the ability to connect to and create hotspots using the 5GHz frequency band.

However, some Android phones do not come along with the ability to connect to a 5GHz band. Also even if you managed to create one from one of your devices. In these cases, the 5GHz hotspot network that you created won’t even be visible on the unsupported receiving device, avoiding you from connecting to it.

The Android hotspot can be switched to a 2.4GHz band if your device doesn’t support 5GHz connections. Any WiFi-capable device will have this capability. Go to Wi-Fi hotspot settings in the Settings app by selecting Network & Internet from the main menu, then selecting Hotspot & Tethering. Then click on ‘AP band’ and select ‘2.4 GHz band’ from the popup menu under Advanced. Now connect your device to the hotspot network and see if you can get it to function.

Restart your phone | Hotspot not Working

Modern smartphones operate in a manner similar to computers, and most issues may be resolved by just restarting the device. Many low-level issues are remedied when a device is restarted, as your device’s cache and logs are cleared at the same time.

Restarting an Android smartphone can also be accomplished by pressing and holding the power button on your phone until the ‘Restart’ menu appears, and then selecting it.

Check your password by connecting to the hotspot network.

Because your primary internet connection dies, you’ll just need your Android hotspot. Checking if you’re linked to the mobile hotspot is also critical. Manually connecting to a wireless network is also possible by heading to Settings > Network and internet > WiFi and selecting the network you wish to connect to.

If you’ve tried to connect to the hotspot in the past but entered the wrong password, it’s possible that you’re already connected. If that’s the case, you won’t be able to access the network either. Open the WiFi settings (Settings > Network and internet > WiFi), choose your network, and then touch the ‘Forget’ button to fix the issue. Remove this network from your list of “Saved networks” as well.

The hotspot is now accessible manually by accessing WiFi Settings as previously instructed. Re-clicking on the wireless hotspot and inputting the right password this time around.

It’s possible that the phone isn’t even being utilised as a hotspot in most cases. However, there’s a chance that the device to which you’re connecting it has a problem. A hardware failure or software issue could be to blame for the inability to connect to the mobile hotspot.

To see if the problem is with the receiving device or the hotspot itself. After that, use another device to attempt to connect to your Android hotspot. Such as a laptop, a tablet, or a different cell phone. This suggests that your receiver device is working properly if other devices are able to join the hotspot as well.

Tethering over Android’s hotspot is password protected by default. So that only you have access to the wireless network on your device. Also, be sure it isn’t being abused by others in your immediate vicinity. There are occasions when an encrypted network won’t let your devices connect, but this doesn’t happen all the time.

It’s possible that even after entering the right password, your smartphone is still unable to connect to the hotspot. Next, try connecting to an Open Wi-Fi network. This may be done by going to Network and Internet > Hotspot and tethering > Wi-Fi hotspot and selecting your hotspot connection. Choosing ‘None’ instead of ‘WPA2-Personal’ under Security.

It’s also possible to modify the name of the hotspot to avoid any previous issues with connecting. If you’re still having trouble, restart your computer and try again. Create a new hotspot network with password security if your device connects successfully to the open network. For the sake of preventing others from exploiting it. Keep your network open if you don’t need it.

Make sure you haven’t used up all of your daily mobile data allowance by checking this.

Aside from your service provider blocking your access to the internet once you’ve used a lot of data, there are other issues. Then, you can set up your Android device to send you a notification if your daily/monthly data use is about to be exceeded. This not only keeps track of how much data you use, but it also places a cap on how much you can go over. Even if your carrier permits it, your device won’t be able to access the internet.

Android 4.4 KitKat introduced the ability to control mobile data usage. In other words, you’ll find this capability on nearly all Android devices you see on the market. If your Android phone’s daily or monthly data use has been exceeded, you’ll need to upgrade. If you use a mobile hotspot to share your internet connection, the recipient phone will have no online access.

Go to Settings > Network and Internet > Mobile network > Data warning & limit and toggle off the ‘Set data limit’ option. You can then proceed to turn off the data restriction.

Create an open network hotspot, connect to this network, and switch the hotspot back to a password-protected network

In the same way that we described in Solution, you can now quickly construct a brand new network for your business. Taking this vital precaution before using your open hotspot will help you keep it safe. A hotspot-capable device is required for this method to work properly.

Create an open network first, and then connect your other device to it. That’s all there is to it! Go to Settings > Network and Internet > Hotspot and tethering > Wi-Fi hotspot once the device is connected to the hotspot. Select ‘WPA2-Personal’ from the ‘Security’ drop-down menu, and then enter a password for your hotspot.

Password-protected hotspots (you don’t have to remember this one) require a password when connecting devices. That’s the one you just created the password-protected network with. Your problem should be fixed if the device is able to successfully connect to this network.

That’s all for now, folks! I hope this “Hotspot not Working” post has been interesting to you and has been useful in some way. Please let us know what you think about it. Also, if anyone has any other questions or concerns about this essay, please let me know. If you do, please let us know in the section below the article. We promise to get back to you as soon as possible.